Watch Out, Writers On The Loose!

It’s amazing how God never changes and He works differently in different people.

Just when I think I have Him all figured out and know exactly what He’s going to do next, He changes things and yet the solid principles about His God-ness is the same. 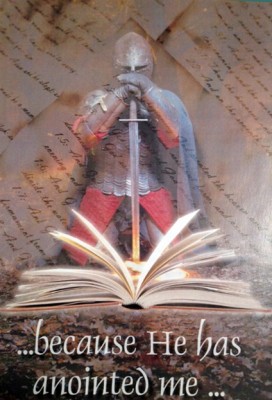 I love that about God.

The year was 2013. I was at the Release the Writer conference in Missouri. I was the commissioning service. The air was thick with the presence of the Holy Spirit. Worship has shifted the atmosphere from a day full of teaching, training and hands-on workshops to one of reflection and praise.

As the time approached for commissioning, Wendy Walters and Phil Byer went down the row of want-to-be writers and prayed for each of us. God’s touch was evident. Each person received a different word and each had a different reaction.

When she reached me, she said, “You are a master of words but this gift will only be released when you allow the Holy Spirit to work and move through you.”

I had my book written in two and half months.

Fast forward to 2014. I am at the Release the Writer conference in Texas. I am at the commissioning service. The Holy Spirit is present though there seems to be something that needs to be broken or released

As we wait for others to go find anointing oil, we worship, not as an after thought but because He is calling us there. We’ve had a full day of intensive training and workshops one of which I led and one I helped lead.

I came to this workshop as a presenter rather than a participant though I certainly did participate and I certainly got pushed to another level.

I wonder if God will work in the same way this time as last?

The commissioning service begins but we need a breakthrough. Wendy calls up one of us for prayer and after anointing her and releasing a dormant gift, she says, “Now I need you to pray for me.” And Pam does. And Wendy receives.

From there the meeting progresses as many are touched and prophesied over and released into their destinies. This time as last, everyone present gets prayer and anointing and prophesy, including workers and others who were not there specifically to learn how to write a book. I am helping this time, but my turn comes and God shares new revelation with me.

I’m on the other side now.

Everyone gets an picture in a frame, the pictures are the same. But on the back each one gets a different message from Wendy. They have been wrapped with no names on them.

Wendy doesn’t know who gets what message. We unwrap them at the same time with expectancy. There are words like Covered with Grace, Matchless, Acceleration, Rise Up It’s Yours.

Mine is hard to tear open, but I can’t wait to see what it says. I hear Wendy exclaiming over each statement. They all seem perfect.

My word says, “Ready for Launch.” I think, but I did that last year. And then Wendy comes by to see my words and says, “That’s because you just think you’ve already done it.”

Then I know, there is more, so much more.

I see the vision I’ve seen before. It’s the one with books hovering over me in the air—an ordinary red book, a gold book and a silver book that pulsates with life.

It’s not just a dream, though, I know this year it will be a reality. This weekend God first placed in my heart two books for this year. I knew these would be easy to write books because they are very close to being written now.

Then today He confirmed there would be a third book. He confirmed the name and I bought the url for it as an act of faith. This is the most difficult and daunting one to me because it will be a fiction book.

The same God led this conference. It covered much of the same material plus some additional information. Attendees were commisioned in much the same way, but God worked very differently.

One thing I know for sure, though. Only God can activate the gifts inside us. Only the Author can release the writer. “Let us fix our eyes on

“Jesus, the authorand perfecter of our faith, who for the joy set before him endured the cross, scorning its shame, and sat down at the right hand of the throne of God,” Hebrews 12:2 NIV.

Sweet Grace, the book I wrote after last year’s Release the Writer Conference is available on Amazon in print, Kindle and Audible. If you’ve already got your copy, I would be honored if you would go to the above link and add a reviews.

She also offers a podcast, Sweet Grace for Your Journey, a weight loss academy and VIP one-on-one coaching program, available under the weight loss tab. To book Teresa for your next event, check the Speaking tab on her website. Also check out her blog and podcast here on the website under the tabs by those names.