To Give You A Future And A Hope

Every Sunday morning on my Facebook page I ask a question like, “What’s your Scripture verse for today?” Most every time I get some version of this verse. 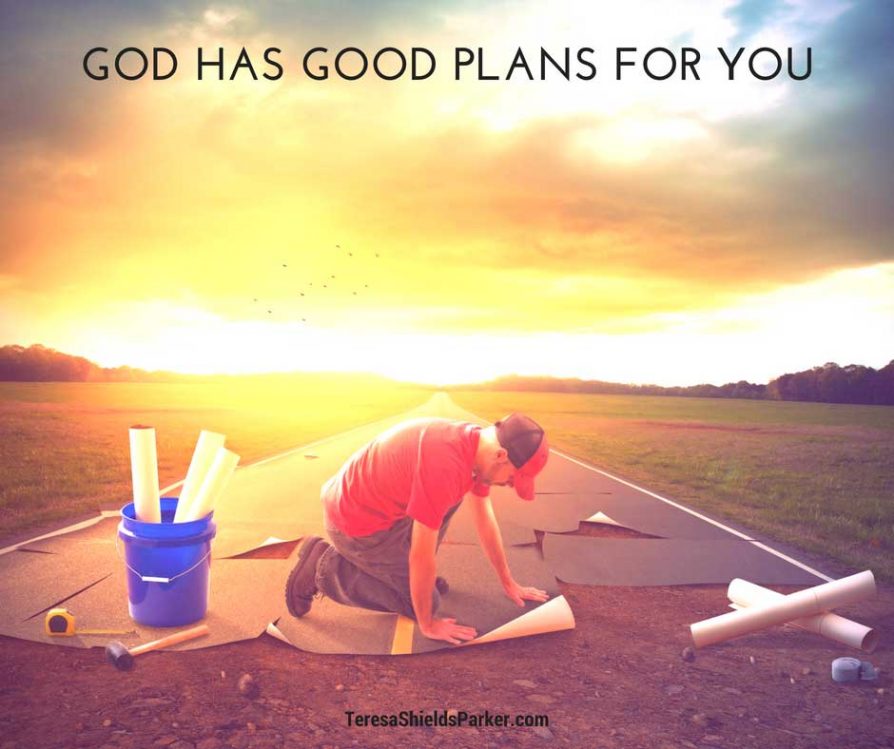 It’s no wonder that this verse is one of the most popular in today’s culture. Google searches for Jeremiah 29:11 began to rise in November 2008 and has continued as Christians and the general population at large see a need a touch point. It is comforting to know that whatever happens, God has a plan for us.

The context of this Scripture, starting in Jer. 29:1, is that the prophet was telling the people of Israel their exile would end, but not for 70 years! In the meantime, he was giving telling them that God’s desire was they settle where they were and to wait for what good plan God had in store for them. They were to trust Him.

What Does It Mean For Us?

While this Scripture was given to the nation of Israel, it still lays out God’s plan for us as followers of Christ as well. We can be assured of one thing. God’s plans are good and were set in motion when our spirits were created at the beginning of eternity.

Recently, I was privileged to hear Grant Mahoney, Moed Ministries, New Zealand. He shared his habit of taking individual Scriptures he wants to understand better and translating them from the Hebrew. One such Scripture he shared was Jeremiah 29:11. ­­Here’s the translation.

“‘For I know because I have seen it, a texture that I weave over you. I prophesy over you,’ says the Lord, ‘thoughts of health, prosperity, favor, rest and wholeness, and not of natural or moral corruption, to appoint and assign you a cord that attaches you to a future.’”

Now, think of this translation in context of a nation. God had appointed and assigned to the nation of Israel an importance in His plans. Should the entire nation remain blind to the truth of Jesus, God still has a cord assigned to them that attaches them to a future of great importance. Why? Because it is a “texture” that God has already seen woven over them.

God has a texture He has seen woven over us as well. In other words, He knows exactly what our future destinies will be. He knows this because He has already seen it. That means, it is already done.

The texture includes “health, prosperity, favor, rest and wholeness.” It does not include “natural or moral corruption.” Because of our choices to follow Him, he has appointed and assigned to us a cord, something that cannot be broken. That cord attaches us to a specific future.

Just as the nation of Israel did, we can turn our backs on God’s plan, but He will continue to woo us back. We are His people. He has our destinies already planned.

All we have to do is step into what God already has in store for us. Instead, we allow obstacles to remain in our paths and delay our destinies. Some of these barriers are so big, we think even God can’t remove them.

That certainly was true for me back in 2004 when I weighed 430 pounds and felt my problem was so gigantic even God couldn’t help me. However, even though I didn’t fully believe He could deliver me, He did. He said if I’d have faith as small as a mustard seed, my mountain (of weight) could be moved, (Matt. 17:20).

I felt I the faith I had was even smaller than a mustard seed and even God wouldn’t be able to accomplish anything with it.

Faith is not an amount. Faith either is or it isn’t.

I discovered that faith is not an amount. Faith either is or it isn’t. When I finally put my faith in God’s ability to do what He said He would do, things began to change in a big way.

In the past, I had known what I had to do, but my faith was not there to trust God and follow His directions. In reality, I had no faith in Him to help in this all important area of my life. When I came to the end of my resources, I had no other choice but to put all my faith eggs in God’s basket. That was fuel for my transformation.

Faith changes destinies. Faith translates us from death to life.

God has a destiny for each of us, but many of us refuse to believe that He can indeed change things in our lives. We haven’t yet discovered, though, that transformation is one of God’s super powers!

Transformation is exactly what He wants for us because He’s already seen our future and knows we can’t step into it like we are. Transformation is the texture woven over us—each strand made of every minute, hour, day and year of our lives. Into our textures, He has woven health, prosperity, favor, rest and wholeness.

All that remains is for the obstacles to be removed from the path. That is part of my assignment. As a freedom coach, I can help you learn how to go God for help identifying the obstacles, finding why and how the difficulty has stopped you from going forward, digging up the root or roots and working with God to allow Him remove them from your life.

The best way I can help you with this is one-on-one coaching through the technology of video conferencing, which is available from your computer or phone. This is the third time I’m offering this popular program. Many have had breakthoughs in our sessions. I look forward to these times because I get to be a small part of someone else’s destiny-defining moment.

There Is a Spot For You!

Our summer section of VIP Freedom Coaching is open for signup from now through May 15. This includes six individual sessions with me over a 90-day period. I have limited spots, but there is a space for you. To register and schedule your sessions, go HERE.

Allow God to take you to a new level of understanding of your destiny journey during this season. Let’s discover it together. Hint: Your future is connected to your past.