Sugar Was Killing Me

It took me awhile, but I finally realized what I was doing was not working for me in any shape or form. That only happened, though, when a cardiac surgeon gave me five years to live.

It’s crazy the things you think about when you’ve been given a death sentence. It’s maddening. It made me think of death row inmates who sit there for years knowing their death is imminent. Most of them also know that according to the law they deserve it. 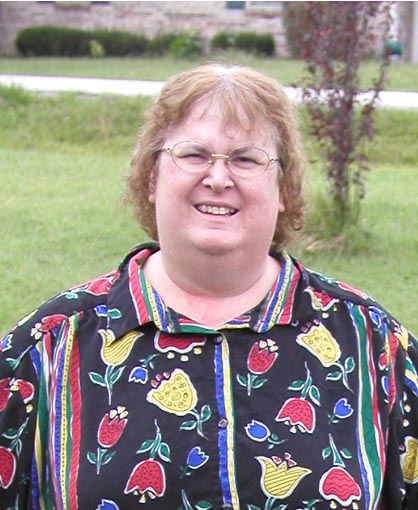 Teresa Shields Parker at 430 pounds in 2004 before starting her weight loss journey.

On some level I thought the same thing. At 430 pounds, I felt like I did not deserve to live. I’d willfully put too much food into my mouth and the excess ended up all over me!

The issues I had, super morbid obesity, high blood pressure, diabetes, congestive heart failure and more, were a result of me eating what I wanted, when I wanted and however much I wanted.

My Destiny Was Destruction

It’s sort-of funny and sad at the same time that what prompted me accepting Christ when I was seven was that I stole candy from the grocery store. I never stole again, but I couldn’t stay away from candy and other sweets. I put eating what I craved and wanted before following God with all my desires.

Sugar was my master. It controlled me. I did not control it. Although I saw it as my comfort, companion, protector and friend, it was actually a wolf in sheep’s clothing. It was out to kill, steal and destroy any influence my life would have for the Kingdom of God. It was trying to take me out of the game of life.

No one starts out to become an addict. It’s not what anyone aspires to be. Just like the one who takes that first drink of alcohol or first hit of a drug, no one knew my first taste of sugar would end up with me becoming an all-out, committed, diehard sugar addict.

I’ve had people say to me, “Well, you could be addicted to worse things.” I don’t personally know about drugs and alcohol, but I do know about sugar. It’s a sly, slow, silent and deadly killer. Ask anyone who has had a heart issue that is related to obesity. It will be the time they remember as staring death in the face.

Yet, still we love the taste and it is in everything we eat. Our weight and health issues creep up on us.  We don’t recognize the deadly harm sugar can bring to us until it is almost too late.

Is It Really All That Bad?

According to the Centers for Disease Control and Prevention’s 2017 statistics over 71% of Americans over age 20 are overweight or obese. When I first began checking these statistics back in 2013 those figures were about 66%.  We are becoming increasing more obese.

Stop a minute and think. That means only 29% of Americans are in the normal or underweight categories. Those who are overweight or beyond require more medical help, thus needing more medical procedures, costing more money and tax dollars, and have greater and more deadly health issues.

When I weighed 430 pounds I had several co-morbidities. Co-morbidity means a person has the presence of two or more chronic diseases or conditions that interact with each other worsening the course of both. My first was obesity in the form of super morbid obesity, which is the highest classification of weight issues.

In addition to that, or because of that, I had diabetes, high blood pressure and congestive heart failure. Other co-morbidities in those who are obese, morbidly obese or super morbidly obese include gout, osteoarthritis, gall bladder disease, kidney stones, digestive diseases and cancer and early death. This was the reason a doctor told me I only had five years to live.

Why are the numbers going up? Why are we putting on more weight? From where I stand, the blame lays square on the shoulders of sugar and high fructose corn syrup plus the myriads of other names food manufacturers hide sugar under.

Food manufacturers are responding to what we want and we want things to taste better. What they’ve learned is if they put in more sugar no one notices because all they care about is how it tastes.

I mean, we only live once, right? That’s exactly right. Because of that we need to understand the harmful effects that too much of a seemingly good thing has on our bodies.

Does God have anything to say about this crisis? If you’re looking for a Scripture that says don’t eat sugar, it’s not exactly in the Bible. However what is in the Bible, is that God cares more about us putting Him first above everything else.

Jesus’ best friend when He was on earth was John. As an aging apostle John shared His master’s heart in a blessing and prophesy to those of his flock. ”Beloved, I pray that in every way you may succeed and prosper and be in good health physically, just as I know your soul prospers spiritually” (3 John 2 AMP).

Of course, we want to live, but how to we make that choice? It’s really pretty simple. “You can make this choice by loving the Lord your God, obeying Him and committing yourself firmly to Him. This is the key to your life” (Deut. 30:20 NLT).

Then in the New Testament He gives us even more detail about how to change our lifestyles so we can live healthy. He even tells us He will help us transform in every way, even in how we eat.

“So here’s what I want you to do, God helping you: Take your everyday, ordinary life–your sleeping, eating, going-to-work, and walking-around life–and place it before God as an offering…Fix your attention on God. You’ll be changed from the inside out. Readily recognize what he wants from you, and quickly respond to it” (Romans 12:2 MSG).

If there is one thing God is for, it’s transformation. He helped me lose over 250 pounds. I’ve kept if off since 2013. More than that, He led me to understand that to transform on the outside, it first takes changing on the inside.

We have to change our mindsets. We have to embrace and understand out emotions. We have to confront the lies we believe about God. We must do all of this at the same time as we are working on changing our physical habits.

When I was super morbidly obese I was also addicted to diets. I’d lose weight and then gain it back. I didn’t really want to change. However when push came to shove, I made the decision to choose life, to choose change, to choose following God with every part of me. My heart-felt prayer is that you do the same.

I have so many resources here on my website. The best one is my Journey to Transformation course that we will be going through in Overcomers Academy when we open the end of January. This is the best course I have. I don’t want you to miss it.

Get on the waitlist now to be notified when the doors open and I will send you free resources to help  in the meantime. If you have an issue with weight, this is exactly what you need. Go HERE.

Your life literally could depend on it.