Some mistakes get stuck in the spin cycle of our brain, the one that won’t let us think about what they are, but won’t let go of them either. They may serve a purpose though, if we let them.

Last night I was watching an old episode of a television show I had saved to watch when I needed to unwind. 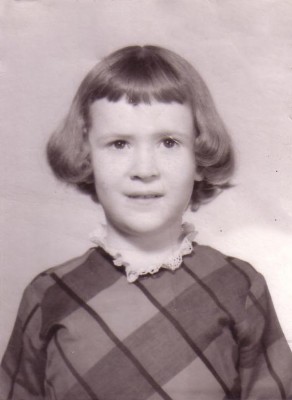 A phd student’s leg had gotten mangled in a trash compactor. Apparently she had been at a party following a married a boyfriend around. He told her to meet her at the back door. When she got there he asked her to throw the trash down the trash shoot.

Because she was one of those people who likes to be used, I’m guessing, she did what he asked instead of throwing the trash back in his face like I might have done. When she pitched the trash, her purse accidently slid down the shoot. And she followed it of her own will and volition.

She landed in a trash compactor that had no escape door until a few days later when she got dumped into the compactor. My guess is her screams gave her away. Somewhere along the way, I should have stopped watching the show!

Still it made me wonder, how does an extremely smart girl get in such a fix? More importantly why, after recovering from surgery where she nearly lost her life and her leg, was her first response to ask for her cell phone in order to call the louse who asked her to throw away the trash and then never came looking for her for two days?

Why would she plummet headlong down who knows how many flights of trash chute just to get items that could be replaced?

We do stupid stuff no matter how smart we are. Our mistakes haunt us for the rest of our lives. Our rational brain knows the right thing to do, but our emotional brain has a split second response that makes us want to dumpster dive for a purse and a lousy boyfriend.

I know most of us have done some things we think were just as dumb or dumber. Instead of knowingly going over the thing we’ve done we do something even more harmful, we find a way to cover it up and cope with it without acknowledging we ever did such a thing.

We might have a fear of dark, cramped, smelly places, but we don’t really remember why.

We may have decided to try out 100s of men just to try to forget the one we dumpster dived for.

We may have turned to alcohol, drugs, food, gambling or something else to ease the pain.

We do these things because we just don’t want to face the reality of what we did. We can’t blame the person and we won’t forgive ourselves so, we are stuck in an endless loop of never moving forward.

We all have things we regret. They are the perfect backdrop for the fear of failure in our life.

One of my failures happened when I was in second grade and failed a spelling test because I wrote the words on the wrong week. Halfway through I realized what I had done and frantically tried to copy the ones she had already called and I had written to the right week while still trying to write the ones she was calling.

It was a giant mess and I cried like a baby. I had to go to the bathroom to compose myself. I was a failure and I knew it. I would never be able to spell another word again.

So, I became a writer.

OK, not funny, but I can tell you I beat myself up over that mistake until Mrs. Corneilson did something amazing. She gave me all A’s the last semester of second grade. More than that, she told me I was special and had a gift … for writing.

Did she know something I didn’t? I don’t think so. I think she just knew I needed to be encouraged. She also knew I had a penchant for telling stories.

Mistakes can govern our lives until we accept the fact that dumb mistakes are just dumb mistakes. They can be overcome. They can teach us lessons that lead us somewhere.

My spelling test mistake made me much more aware of words. So, in that sense Mrs. Corneilson understood that sometimes our greatest mistakes will lead to our greatest breakthroughs.

The girl in the dumpster? She’s not real anyway. She became an interesting story for this post.

This girl, though, this one became a writer.

What about you? What did you become?