One sure way to be tempted is to brag about how we never give into temptation and aren’t really tempted that much any more. That is an open invitation to the evil one to make sure we are tempted.

Several times in the last month I have said something like this. “I’m far enough along on this journey that I am rarely tempted and if I am I don’t give in. I know what to do.” While that is true and I have said no to many temptations, saying what I did set me up to be tested in a way I didn’t see coming. 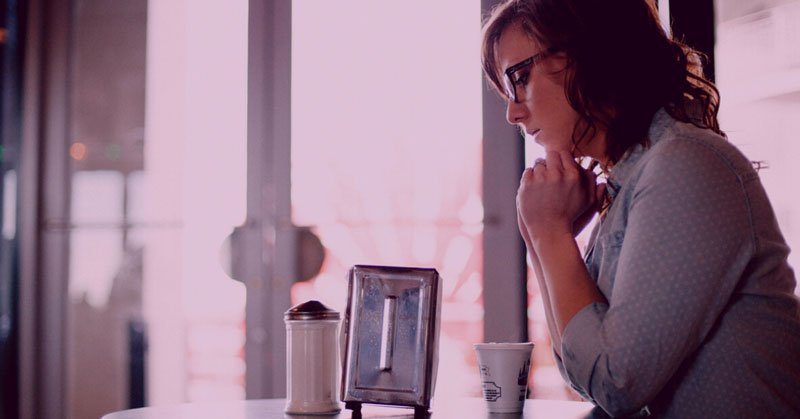 I knew Thanksgiving Day dinner was going to be just my husband, son and me because my daughter and son-in-law were at his parents’ house. My plan was to bake a boneless turkey breast and fix dressing, potatoes, asparagus, lima beans, salad and fruit for dessert. I would choose things from that menu that are within the boundaries of no sugar and no flour.

My son, Andrew, loves pumpkin pie and I suspected he would make one from scratch again this year using my Grandma’s crust and Mom’s pie filling recipes. I wasn’t concerned, though, because pumpkin pie isn’t something I love to eat like he does.

In the course of baking the turkey and making the dinner I was in the kitchen while Andrew was attempting to make the pie. He asked for help with various things. So we figured out the amount of pumpkin and butter, since it was unclear in the recipes. I showed him my trick of patting out the crust with my hands to the right width rather than messing with the rolling pin. That meant my hands were in the dough making me well invested in this pie.

We ate together and the pie was still in the oven. Later after I was upstairs, I heard the timer go off. I knew our pie was ready. Sometime after that I went down to the kitchen to get a bottle of water. Walking down the stairs the thought hit me. “What does our pie taste like?”

I heard a voice whisper, “You could just take a little bite to see. Andrew won’t care. Just a little sliver. He won’t even know.”

It was the evil one’s voice and I didn’t even recognize it. My guard was down. I hadn’t even thought of putting myself on alert. I was at  home and there wasn’t anyone there to tempt me. It didn’t occur to me I would be tempted, but I was.

When I got to the kitchen, I looked for the pie.I knew he and his dad hadn’t eaten it because that isn’t like them, but I have have trained Andrew well. He knows not leave baked goods where I can find them. I have no idea what he did with that pie, but the pie plate was empty and in the sink.

My true desire was not to give into temptation so I am glad I didn’t find the pie. Instead, I got some of my fresh fruit salad and nuts. I am glad I had that alternative already prepared or I might have kept looking for the elusive dessert.

To Be Tempted Isn’t A Sin

To be tempted isn’t a sin, but to give in is. In the past, I would have given in easily. I would searched until I found that pie and indulged. So how did I resist this time? I had an alternative. God used that alternative as my way of escape.

“The temptations in your life are no different from what others experience. And God is faithful. He will not allow the temptation to be more than you can stand. When you are tempted, he will show you a way out so that you can endure.” (1 Cor. 10:13 NLT)

Learning From Near Misses

Every time I find myself in a situation where I want to give in and God rescues me I ask Him, “Why was I ready to give in?” When I get the why it helps me avoid a similar situation in the future. I’m learning from my close calls and even from the times in the past when I have given in.

This time God told me, “You began to be prideful about your ability to avoid temptation. You will never arrive at a place where you will never be tempted again. You are human. You will be tempted. Ask Me to help you and I will. Remember, you are never alone.”

Experience is the best teacher where temptation is concerned. Being able to say no to temptation is more about relying on the way of escape that God will always bring than mustering up our own willpower.

How to Avoid Giving In

There are certain things we can do, though, to help us avoid giving in to temptation. We need to know our boundaries and limits and be living them out on a daily basis. When temptation comes we will know what the right choice is. If we don’t know that we will give in because our brain won’t immediately see it as wrong.

Have a healthy alternative available. If I am going to a party or event I carry healthy protein bars in my purse or bring a healthy dish I can eat that others might enjoy as well.

Plan for temptation because it will happen. Be aware that the evil one never rests. He is always looking for a way to trip us up. He knew I had a hand in that pie and would want a taste. A taste isn’t bad for most people, but for me it is. I know one taste will lead to me eating the whole piece, then an entire pie and from there I shudder to think.

Get Help From Others

We need to train those who care about us to know how they can help us. Give them permission to stop us even if it embarrasses us. Let them know it is the best way they can show us love. Then they will be the world’s best pie hiders!

We can’t eat beyond our boundaries just to make someone else feel better. Saying, “No thank you,” and meaning it is a great witness. As we get healthy, people will be watching us. They want role models who live out their convictions. Please be the reason they get healthy. Don’t be the reason they slide deeper into the dark abyss of food addiction.

Know that our bodies are the temple of His Holy Spirit. (See 1 Cor. 6:19 NLT.) They are where He lives here on this earth. When we damage our bodies with unhealthy foods, we hinder the work of God.

Those of us with issues with food need encouragement and support through the holidays, through temptations, through life’s difficulties and through the ups and downs everyday living throws at us. That’s one big reason I began Overcomers Christian Weight Loss Academy.

As the coach, I teach those weekly lessons in how to deal with those problems, how to establish our own personal food plans, how to follow God on the healthy living journey, how to discover the root issues of our problems and so much more. I also answer problems and try both to challenge and inspire members to victory.

In a few days we will be opening the doors to Overcomers Academy for just 48 hours. Get on the waitlist now to get an invitation to join when the doors open. Hurry! Doors are opening soon. Go here now: teresashieldsparker.com/overcomers-christian-weight-loss-academy/.