When God is Silent

Ever feel like God has cell phone on silent or is screening your calls? No matter what you do, it just seems God is silent. 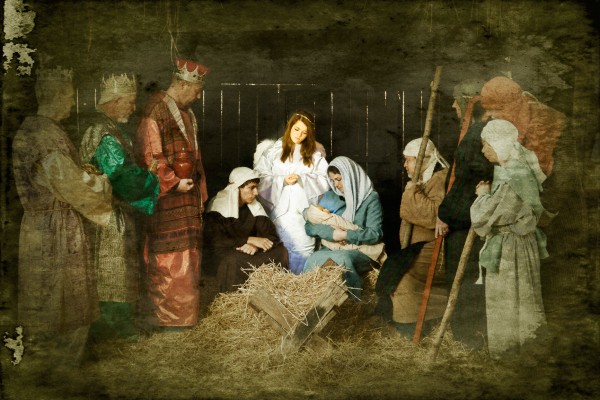 I mean He is pretty busy, but I’m sure you’ve heard preachers say, “He’s never too busy for you.” If that is true, what is happening when God is silent?

This time of the year, thoughts turn to Christmas, that silent night actually followed what some call 400 years of God’s silence.

What should be noted, though, is that “silence is not absence,” according to Jeremy Risner, pastor of C2 Church, Columbia. “The fact that the Bible contains no record of prophets or historical data during that time doesn’t mean God wasn’t talking,” Risner continued.

Many things had happened to the Jewish nation before this silence. The most important, though, was that the impact of the Babylonian rule cured the Jewish people of idol worship and convinced them of the one true God. That, however, translated into a new zeal for the law and the Messianic hope.

“There began to form an elaborate system of interpretations and additional regulations of which the Judaism of our Lord’s time was the result,” Risner said.

New sects or parties and new institutions formed. Many had varying interpretations of what was acceptable Jewish behavior.

“It is into this world that God inserts Jesus,” Risner said. “Into the silence, once again, the Word comes. He was always there as He was in the beginning, but now the Word becomes flesh and it’s name was Jesus. He is born into the struggle between culture and religion. Those who have devoted their life to the study of the law and what the coming Messiah would look like don’t recognize that his humble, helpless baby is He.”

How could it be that in the silence of God, they miss the One they had been looking for. Even in the silence, it seems they were not listening. “Do you ever feel like God leaves you to wonder on your own?” Risener continued. “Silence is often felt in suffering.”

When you think about those who suffer, Job immediately comes to mind. When because of all of his troubles, his wife tells him to curse God and die, Job answers “Shall we indeed accept good from God and not accept adversity?”1

And later he says, “I know that my Redeemer lives and that in the end He will stand on the earth and after my skin has been destroyed, yet in my flesh I will see God.”2

His focus was on God and not on himself.

David is another who cries out to God with questions about His silence. In Psalm 13, he seems to be seeing God’s silence as inaction. And yet, at the end of the Psalm he says, “I trust in Your unfailing love; my heart rejoices in Your salvation. I will sing the Lord’s praise for He has been good to me.”3

David says this hundreds of years before Jesus walked on earth. Still He knew where His salvation resides.

The disciples tossed by a stormy sea in Matt 8 accuse Jesus of not caring that they are going to perish. He calms the sea after chastising them for not having faith. And they show their lack of faith by asking each other, “What kind of man is this that even the winds and waves obey Him?”4

When Jesus was hanging on the cross, He felt God’s silence. He cried, “My God, My God, why have You forsaken Me?”5

And then God answered. “The miracle of the silence is that God answers and He answers on time and in the best way. He is listening. Just because you don’t hear Him doesn’t mean He’s not communicating. Because of Jesus, we are no longer separated from God,” Risner pointed out.

The scriptures declare that Jesus is our hope, an anchor for our soul, firm and secure. He is our high priest who knows our suffering and is not silent.6

When we feel God is silent what do we do? Risner answers with scripture, “He who has ears, let him hear.” In the acrostic EAR lies the answer.

Examine yourself. Is it you? Did you do something to separate yourself from God. Do you have unconfessed sin?7 Do you have a blockage that causes you not to hear. God is always speaking, but we may not always be listening with spiritual ears.

Accept God’s sovereignty. God is God. He can be silent. “You cannot compel God to do something,” Risener said. “He is not obligated to man. You have a choice. You can actively trust God.”

Recognize silence is not deadly. Silence provides avenues of growth and revelation. Remember Paul’s thorn in the flesh? He asked God to remove it three times, but God would not. Paul recognized it kept him humble, dependent on God and patient. He realized that God’s grace was sufficient and His power is revealed through our weakness.

Oswald Chambers said, “When we cannot hear God, you will find that He has trusted us in the most intimate way possible—with absolute silence, not a silence of despair, but one of pleasure because He saw that you could withstand an even bigger revelation.”

That revelation burst through the silence. Risner exclaimed, “The ultimate plan set in motion in time before time, was about to make a crescendo. The silence would be broken, The measure of rest interrupted first by the pianissimo visit of a single angel speaking to a willing servant who answers in solitude singing her availability to the Almighty Conductor, ‘I am the Lord’s servant and My soul magnifies the Lord.’ The majestic musical motif builds in seemingly unnoticed ways as the angel visits her fiancé Joseph and her relative Zechariah for they would players in this as well. The dramatic symphony of the ages crescendos to the fanfare boldly proclaimed on the downbeat of the next movement: The KING is coming.”

What does God’s silence mean to you?

Get your copy of Sweet Grace: How I Lost 250 Pounds and Stopped Trying to Earn God’s Favor by going HERE. It’s available in print, kindle and audible. Or grab an autographed copy at a reduced price of $10. Just used coupon code december2013 after updating your cart. Go HERE to get that.
Newly available on Amazon, the printed paperback version of Sweet Grace Study Guide. Go HERE to get your copy or to post a review. It is my honor and privilege to serve you.
Teresa Shields Parker