From Fear to Destiny

Do you know that the enemy believes in your greatness more than you do? Why do you think you are battling fear, discouragement, frustration and brokenness? The enemy would not mess with you if you were no threat to him, if you were not about to step into your destiny. 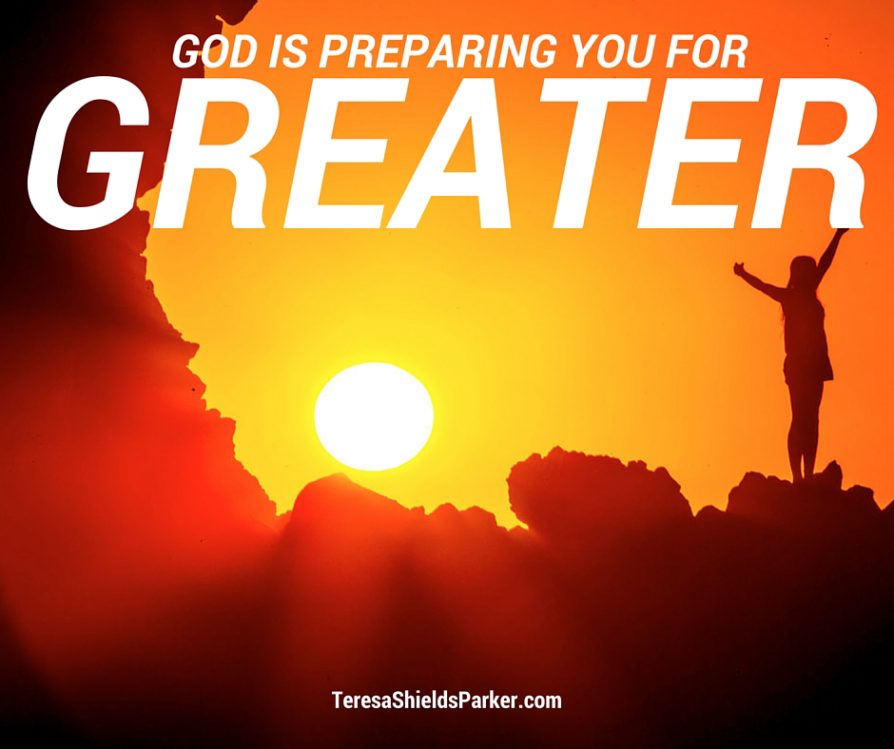 He knows beyond a shadow of a doubt God is preparing you for greater things, greater vision, greater impact on the world. He knows it because he feels the movement in your spirit, the turning of your heart towards God. Until he sees that, he knows he doesn’t have to work hard to keep you ineffective. When God begins stirring your spirit, the evil one wakes up and starts to work.

He puts together an action plan designed specifically to thwart your forward advance. He knows he can’t stop God, but he also knows he’s stopped you before and he’ll try again. Why? Because his main mission is to “steal, kill and destroy”1 your destiny.

Most of the time, he doesn’t have to work hard. It doesn’t take much to throw you off course. All he has to do is throw together a few things that he knows will cause fear to rise up in you, and then he’s got you.

Fear is one of his biggest weapons because it’s just False Evidence Appearing Real. In other words, he does what he does best. He lies to you. He loves to do that. He’s a master at it. “When he lies, he speaks his native language, for he is a liar and the father of lies.”2

He whispers half-truths and lies and builds them in your mind until you are so afraid you cannot move. Paralyzed with fear, you cower and hide. “It would be better for me to go back to the way I was,” you tell yourself. “At least then I didn’t have all these things coming against me.”

It’s exactly what the children of Israel said in the wilderness. They wanted to go back because they were afraid they would die. Even the being in bondage in Egypt looked better than going through what they had to go through to get to the Promised Land.3

Don’t worry, though, you can immediately recognize what he is doing. It’s like he’s flashing a neon arrow right at the very thing that will move you to your next step into your destiny.

Just look at what you afraid of. He’s going to throw a roadblock of fear so you won’t go forward. So stop and think through this. What is the biggest thing you are afraid of? Where is your greatest area of resistance? What causes you to say, “That’s impossible? I could never do that.”

Just remember what Joseph said to his brothers. “You meant evil against me; but God meant it for good.”4

Many things look impossible, but when you surrender and allow God to take over, all things are possible.5

God makes you a possibilitarian when you finally get a vision for what He is doing in you and on the earth. Of course things are impossible in your own strength.

When you surrender your weaknesses6 at His feet, God says, “Good, now you’re ready to take this on, because you can’t, but I can through you. When you are weak, then I am strong.”7

What if when fear starts rising up in you, instead of running the other way, you run towards it. You take God at His Word and do what He says. “Be strong and courageous. Do not be afraid; do not be discouraged, for the Lord your God will be with you wherever you go.”7

In the strength and power of God, you walk towards the fear and right through it because on the other side of that fear is your breakthrough, your greater, your appointment with destiny.

Kris Vallotton of Bethel Church says it this way. “On the other side of fear is your Promised Land.” Vallotton goes on to say that of the 10 who went to spy out the Promised Land, eight came back afraid of giants in the land. Look back at the scriptures. They never encountered a giant in the Promised Land until Goliath during David’s time. “They were afraid of an illusion. They saw what they feared,” he said.

What are you afraid of? God is not worried about it. He sees you as a mighty person of valor, just like he did Gideon hiding out in the winepress.8 God sees beyond your circumstances to your destiny.

He’s already got it prepared for you. Now, hand your fear to Him and just walk into your greater. 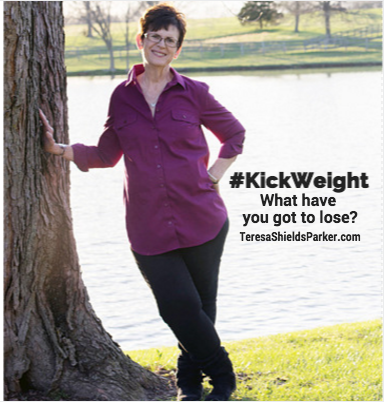 Right now a group of women are overcoming many of their fears and holdbacks regarding weight loss by going through the first six-month session of #KickWeight. Many are getting breakthroughs on their journey. Although this group is closed, the next group will open soon. Only a limited number will be accepted for the second session. Take a step towards your destiny. Get your name on the waitlist now. Go HERE.