Keeping short accounts has been a goal of mine since I was little. If I knew someone was upset with me, I tried everything I could to make it right. I wanted misunderstandings taken care of quickly. I wanted everyone to hug and make up! I wanted breakthrough in every stalled relationship. 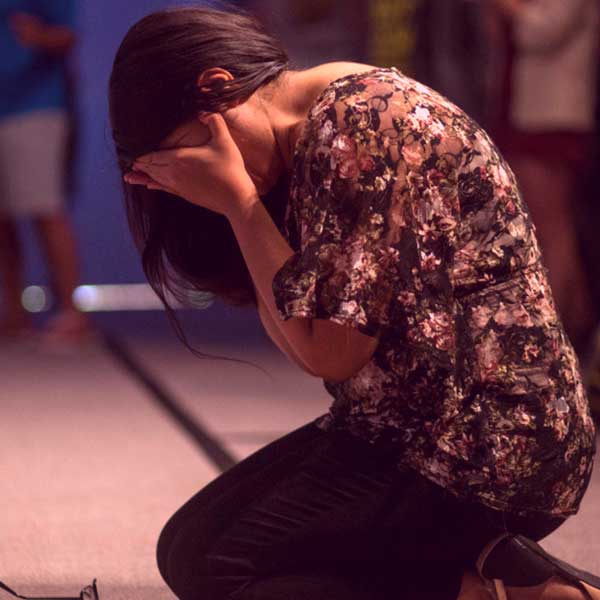 Separate the Sin from the Sinner

As I got older, I tried to do this with those I knew had some issue with me or those who had in some way hurt me. What I didn’t understand, though, was that it is very difficult to separate what has been done from the actual person who did it.

In other words, if Sally took some action that resulted in me losing a job, cost me lost revenue or threatened to damage my reputation or worse yet one of my children’s reputations, it’s hard to separate that action from assuming that Sally is a horrible, no-good, very bad person.

The whole concept of forgiveness, though, is centered around the truth that God does not see us as our sin. He sees us as covered by the blood of the Lamb. We, however, do see the wrong the person did as who they are. We want to make them pay for what they did. We want them to hurt as bad as they hurt us. Only seems fair, right?

Through the Eyes of Grace

God, though, does not see that person like we see them. God sees them through the eyes of grace like He sees you and me. It’s through those eyes of grace that He can hate the sin and still love the repentant sinner.

Then the next question is, how do we know that person has repented? We don’t and it’s not our business. It’s God’s.

What is our business is to forgive that person. If we don’t, God makes us a firm promise that we really don’t want Him to have to follow through on. If we don’t forgive others, He promises He won’t forgive us. (See Matthew 6:15 NIV.)

I don’t know about you, but I have way too much that I’ve done wrong to not be forgiven by God.

Recently, a man I admire publicly forgave another person. It’s something I’ve never witnessed before to that magnitude. It was real, honest, genuine and heartfelt.

Before a room full of people, he forgave someone whom most of the people in the room had been wronged by to some degree. However, he had suffered the most of anyone there. The person who did the wrong was not there. They didn’t have to be.

The act of forgiveness is a letting go of our own pain when we remember that person. It’s not to shame them, it is to release us.

Here’s what hit me the hardest. When he realized he needed fo forgive, he asked us to join him or just watch as he did.

When he said that, I was undone and so was everyone else in the room. Up until that moment, I was sure I had already forgiven the person in question. But at that point I realized there is a deeper level to forgiveness. That level encompasses all of the hurt, no matter the cause or the reason it was inflicted.

Reasoning Away The Hurt

Some of our first level of forgiveness is at this level. It is forgiveness, but we reason it away so we don’t feel the deepness of the wound. It’s like peeling off the first layer of the onion.

No, even then we must let go of what they did to us. Many times, though, we still hold on to the hurt at some level. This only causes it to fester and become even more infected. Even though we may have put that painful memory in a box, closed the lid tightly and buried it in a deep, dark corner of our heart, it’s still there.

How Hurt Governs Our Lives

The hurt is still governing our lives. Many times it comes out in our lack of confidence and trust in God. It sounds something like, “How can I trust God to take care of me when He allowed that situation to nearly wreck my life?”

Total forgiveness is a total release of pent-up frustration, anger, sorrow and emotions we are afraid to express in public. We might wail. There might be tears. We might look like a mess in front of a lot of people, but it will be over with, forgiven and it will feel like we have been cleansed completely of the wrongs done to us.

The best part of it all is that after it’s over, God is well pleased with us. It’s only when we forgive and allow God to sweep out every corner of our hearts, that His peace will invade us in ways we never thought possible.

Have We Really Forgiven?

Prior to this, even though we may feel we’ve forgiven when a surprise situation rips the scab off, we may find all we’ve done is a really sloppy cover-up job.

That was the case for me. I thought I had neatly tied up that part of my life, but I saw the deeper level of forgiveness I needed to do. I had to acknowledge the real pain and then I had to let it go. There is no reason to hold on to it. It is doing me no good whatsoever.

I had to let go of all the what ifs and understand that the reason someone wronged me doesn’t matter nor does it factor into God’s command to forgive. Forgiving others completely is what God requires.

The greater the hurt, the more important it is for us to release the pain. That only happens when we at least begin the forgiveness process.

God knows our hearts and wants them to be laid open before Him so He can restore, rebuild and revive us. It’s the only way we can go to the next level with Him. It’s in that next level that breakthrough lives.

If we don’t forgive it will affect our entire walk with God. We cannot walk in unity with Him when we are flagrantly holding on to unforgiveness.

I’ll be so bold as to say it may even be the reason we are having trouble following what He is asking us to do in an area such as our weight loss or healthy living journeys.

It definitely affects the extent to which we can trust and obey God. If we want breakthrough in our lives, it will never happen as long as we harbor unforgiveness.

I forgive are two of the most powerful words we can ever utter.

“Our hero, come and rescue us! O God of the breakthrough, for the glory of Your name, come and help us! Forgive and restore us; heal us and cover us in Your love,” (Psalm 79:9 TPT).