Following your dreams is not always easy especially if you’ve made some decisions you regretted along the way. In today’s Welcome Wednesday post, Kathleen Caron talks about how to find your dreams if you’ve lost them. 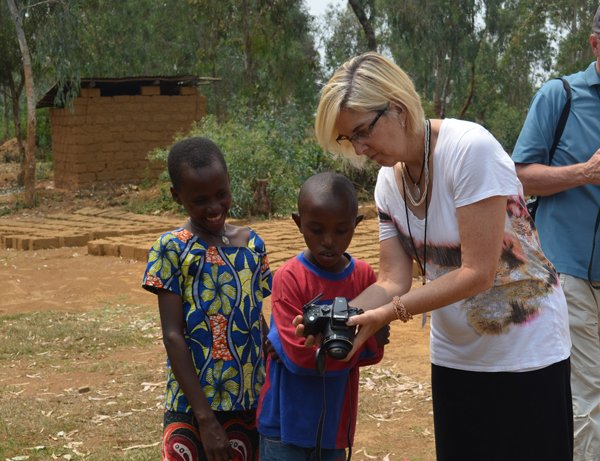 Back to School Night

I was uncomfortable because I could tell that the other parents were doctors, lawyers and engineers, and I felt inferior to them.  The questions they asked, their cool confidence; everything about them said, “We are educated people.  We have something important to say.”

The truth was, I needed to go “Back to School.”  I was a lowly bookkeeper with no college degree or important title.  I was just a big old bundle of blown potential, doing my best to get through life.

I made some dumb choices.  I dropped out of college, which I eventually came to regret.  It never occurred to me that I could go back.  It was too late, my fate was sealed.  I would forever be a college dropout, a failure with a capital F.


But God had other plans for me.  He unearthed dreams in my heart that I didn’t even know existed; dreams about traveling the world and being an advocate for poor children, about finally getting a degree and becoming a writer.  I might have given up on me, but He had not.

It’s sneaky how God works, how He will lead you where He wants you to go by a circuitous route.  God will plant an idea in your mind and let you believe it was all your idea.

How it happened, I’ll never understand, but as a volunteer for Compassion International, I was given an opportunity to go on a mission trip to Tanzania.  I had no means and I was scared to death of flying across the Atlantic Ocean.  But when you get in God’s will, it’s like an inexorable tide, you just get swept along.

Going to Africa and seeing extreme poverty up close awakened something inside of me.   I wanted to write about what I experienced.   It also shattered my belief that it was too late for me.  I decided that I would finally finish that college degree and become a writer, because now I had something to say.

So I did it.  Thirty-five years after I started, I finished my bachelor’s degree through a distance learning program focused on writing.  I started blogging and now I have a platform to share my advocacy for rescuing children from poverty.  I am a writer.  I have impact.

Listen kids, don’t be like me.  Stay in school and get that degree.  You will never regret it and going to college is a lot easier when you don’t have a job and three children.  Trust me on that.

If you lose your way for a little while; if you make some bad choices and give up on yourself, don’t think it’s too late for you to have a dream.  That is simply not true.

Do you have a dream you would like to follow?  I would love to hear about it!

Kathleen Caron lives in Northern Virginia with her husband, three children and two rescue dogs. She has been a Compassionate advocate since 2005, and has been blessed to travel to Tanzania and Rwanda to meet some of her sponsored children. Kathleen writes about food, faith and family at {full of life} soul food.