Fighting to More Than Survive

There is a war in America. Some call it the war on obesity. Others term it the war for survival. The war I’m fighting is to more that survive. I want to thrive, live life to the full, find that place of abundance that is more than food or money. 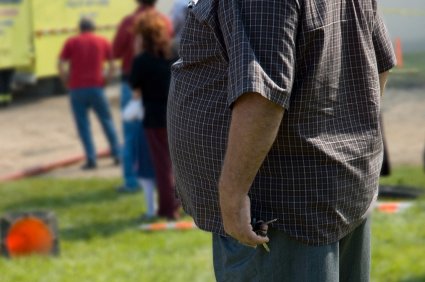 Survival, though, does have to come first. I was very aware of that fact in 2003 as I read Missionary Gracia Burnham’s honest story about being held captive by Filipino rebels. She and her husband, Martin, were abducted in May 2001 and dragged through the jungle for over a year. Their rescue ended in Martin’s death, accidentally, at the hands of his rescuers.

In her griping saga, In the Presence of Mine Enemies, Gracia tells of the atrocities. The rebels had captured the Burnhams from a resort. They were hoping to garner high dollar ransoms for their release. The missionaries endured all kinds of life-threatening dangers, not the least of which was running from machine gun fire.

I can’t adequately describe my feelings when I read the Burnhams’ story. The book profoundly affected me. I weighed 430 pounds or more. If it were me, I would have died the first day or been killed for not being able to keep up with the others. I would not have survived even if I fought for it.

The difficulties they endured were nothing compared to any I’d ever known. I felt so selfish watching television and eating donuts when there were Christians wandering around in jungles running from bullets and eating tree bark.

They were physically fit. They were spiritually fit. They had each other for emotional support. Even though they were in a desperate situation, they were whole. I knew if I had been in the same place, I would not be whole in any sense of the word. And even though Martin did not live physically, he lived more in his life than many live in 10 lifetimes.

After losing more than 260 pounds, I wonder if I could endure a trial like that today. I am in much better shape, so physically I might be able to. Still I realize how spoiled I am. I have access to and can afford to purchase good lean meat, fresh vegetables and fruits.

I have grocery stores with gluten-free items and health food stores with quality vitamins and minerals. I have a wonderful indoor community pool with an area designed to walk in the water, my favorite activity.

My journey through morbid obesity was long and arduous and met with all kinds of trials and setbacks, but the bottom line is I got first-class accommodations. I didn’t have to fight for it. I just had to decide what I wanted.

I have never seen an overweight third world citizen. Maybe there are some in the upper upper classes, but most are skinny and emaciated.

I’m not talking about just surviving. That’s no longer what I want. I want to more than survive. I want to be totally immersed in life—heart, soul and spirit. I want to live and make a difference.

I was selfish when I ate everything I wanted. I am still selfish now. My selfishness is packaged better and has more to do with being the best I can be for the kingdom of God, but it’s still all about me. It’s about what’s best for me.

Dr. Roberta Foss-Morgan in her article, “Addiction to Sugar and Alcohol,” talks about the disease of obesity that is sweeping our nation. She says,  “Nearly 100% of those addicted to sugar and alcohol have abnormal five-hour glucose tolerance tests indicating that this is a metabolic disorder. Some call this affluent malnutrition.”

What “affluent malnutrition” says to me is we want what we want. We don’t care what it does to us, our family or our nation. If our entire nation was pitted against an enemy nation, person to person, who would win?

Surely we can’t think we can eat our weight in donuts and protect ourselves, whether it is an enemy from without or one from within.

Today, our nation is fighting a war. We fight it every day. Getting the physical body under control is only one small part, though. Our selfishness goes way deeper than what we put in our mouths.

There definitely is a war. We only win when we surrender our donuts and our souls to the One who made us.