What Difference Does A Shepherd Make?

The shepherds were the first to receive the announcement of the Messiah’s birth. Just ordinary shepherds, weren’t they? Or were they? What was so important about these shepherds and why does it make any difference to you and me? Stay tuned. I’m about to tell you. 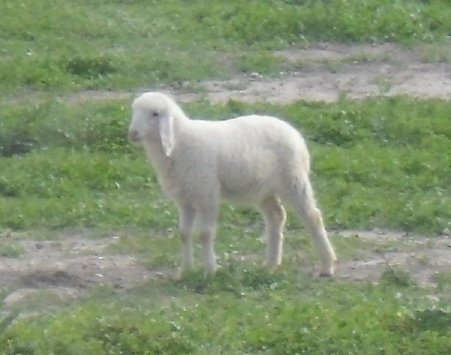 In “The Life and Times of Jesus the Messiah,” Alfred Edersheim says that it was the settled conviction that the Messiah would be born in Bethlehem. An equal belief was He would be revealed from Migdal Eder, the tower of the flock.

“This was not the watchtower of the ordinary flocks, but the watchtower that lay close to Bethlehem, on the road to Jerusalem,” explained Jeremy Risner, C2 lead pastor. “The flocks which pastured there were destined for temple sacrifices. Accordingly, the shepherds who watched over them were no ordinary shepherds.”

These particular shepherds were those who watched over the birth of the lambs of this special flock, certifying perfect, spotless Passover lambs for sacrifice. It was what they did.

In the field there was a manager or barn, as a shelter against weather. It was where the lambs were born. So when the angelic announcement came, they knew exactly where to go.

“The sign of a manger could only mean their manger at the tower of the flock,” Risner said. “You cannot explain the meaning or direction of the sign they were given or their response unless you have the right manger and the right shepherds.”

The announcement from the angels was a completely frightening experience. This was no ordinary angel who proclaimed the birth of the Messiah. The angel was a terrifying sight.1

“My assumption is that this was the angel, Gabriel, who from Daniel to Zechariah to Joseph is identified as the announcer of the Messiah,” Risner said. “This was not a wispy cherub flying around with a harp, but a great warrior angel, the messenger of God. Then, as if heaven and earth collide, in that moment a whole army of angels begins praising God.3 This would have been a good time for those around to get their praise on.”

This was no ordinary announcement. “God interrupts what’s happening on earth and inserts Jesus Christ into the timeline of humanity. This was the first evangelistic message. It was good news of great joy.”2

After the shepherds recovered from their encounter with the angels. They went and found Mary, Joseph and Jesus. The scriptures say, “After seeing Him, the shepherds told everyone what had happened and what the angel had said to them about this child. All who heard the shepherds’ story were astonished.”4

This was an extraordinary event and the shepherds couldn’t keep quiet about it. Their response was to go and see if this could be the Messiah. They were curious, in other words. They felt compelled to discover the Christ child, just like the wise men felt compelled to follow a heavenly sign.

They sought Him, met Him and left completely changed because who they met was no ordinary baby. Jesus’ name means the one who saves, rescues or delivers. Christ indicates the promised savior. He was and is the Anointed One.

Just as the angels had declared, this baby was the One who would offer peace to those who accept Him. “Through His final sacrifice, the curse of sin and death would be broken,” Risner said. “He was perfect and sinless and became our sin. Peace would come to the hearts of those on who God’s favor rests, those who have accepted Christ’s invitation.”

He wants my frustrations to be turned into peace. First, though, I must release them fully to His care. Am I willing to do that? Are you willing?

He wants to answer my deepest questions with His truth. First, though, I must lay down my own agenda and seek His truth. Am I willing to do that? Are you willing?

He wants to help me with every need I have in my life. First, though, I must allow Him full access to every nook and cranny of sin I think I have kept from Him. Am I willing to do that? Are you willing?

Back to the original question: what was so important about these shepherds and why does it make any difference to you and me?

Their training, their curiosity, their response is a model for your life and mine. Every day we should be in shock and awe about the fact that Jesus gave up His comfortable place in Heaven to live here on earth. It’s hard to fathom that He did, but He did.

Every day our lives should be living testimonies to the fact that Jesus Christ was born, lived a sinless life as a man and died a horrible death as a sacrifice for our sins so that we can live with internal peace in a totally unpeaceful world.

What difference does that make? It will make all the difference in the world.