Change Starts From the Ground Up

Many Christians are trying to get by today by just propping themselves up with the comforts of this world. Instead of being hungry for God’s transformative power, they are hungry for whatever their heart desires at any given moment, be it desserts, chips, or whatever is in the cabinet.

Their foundation is shaky at best and in many cases ready to collapse at any minute. I know. I’ve been there. 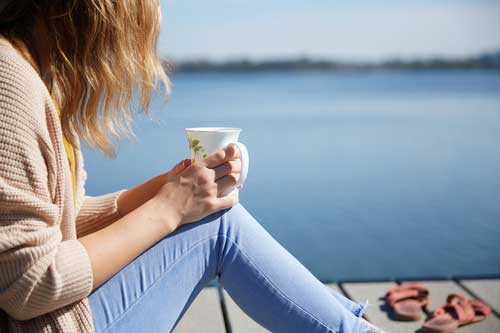 It’s crazy, though, that I didn’t realize I had a “real” problem until a doctor gave me five years to live unless I lost at least 100 pounds or more and kept it off. Still, it wasn’t enough for me to understand that change of this magnitude means rebuilding my life from the ground up.

When remodeling a house one of the first things that has to be examined is the foundation. If the foundation is good and solid the house can be dealt with.

If the whole house is teetering on one small brick stuck in a strategic location, kick that out and the whole house falls. In this case, patching holes won’t work. We have to dig out the foundation and start over.

Even though I was a Christian and I knew my foundation was in Jesus Christ, I still had allowed the evil one to use life circumstances to shoot bazooka holes through what I knew to be true.

My foundation was built on the solid rock of Christ, but here I was allowing that foundation to become unstable.

Jesus told those gathered for the Sermon on the Mount that the things He was teaching them were not incidental additions or homeowner improvements to their standard of living. He said they are “foundational words, words to build a life on,” (Matthew 7:24 MSG).

He went on to say that if we just use His words in Bible studies and don’t work them into our lives, we will be like the carpenter who build his house on the sand. “When the storm rolled in and the waves came up, it collapsed like a house of cards,” (Matthew 7:27 MSG).

We cause our foundations to totter when we don’t internalize what His Word tells us to do. It’s easy to fall into repetitive religious acts, but it’s more difficult to really accept what Jesus is telling us to do. If we are really accepting what He says, it will show in our behaviors.

If we are really accepting what Jesus says, it will show in our behaviors.

We have to allow God to search our hearts and show us what needs to be changed. Then, we have to be willing to surrender the things we’ve put above Him even if it hurts to do so. We have to want to be well, more than we want our own way.

This simply means we have to want what God wants for us. Building on His foundation is more than just attending church and Bible study. It is placing our everything in all that He is.

“And you did not receive the spirit of religious duty, leading you back into the fear of never being good enough. But you have received the Spirit of full acceptance, enfolding you into the family of God,” (Romans 8:15 TPT).

Acceptance is a two-way street. God accepts us His children. We don’t understand why, but we know He does. Yet, we still have to accept Him as our Father who loves us.

Because of that one person, at the tender age of 11, I found myself hiding and avoiding him to protect myself. That was unknowingly transferred to what I felt about Father God.

Accepting that Father God doesn’t care if I’m good enough, but loves me just like I am took some time. It even affected my weight. I was OK with gaining weight, even up to 430 pounds, because I saw that as protecting me against the men I wanted to run away from.

I never knew for sure which men I might need to run from and those I could trust. To trust God I had to do a lot of internal work. I had to forgive the father figure who misused and wounded me.

After doing that I had to renounce the lie that I could not trust God. Then, I spent time with God letting Him pour His truth into me in words of comfort and reassurance that I don’t have to do another thing besides accept that He loves me and will take care of me.

It takes a long time to shore up or totally rebuild a home’s foundation. For us, though, rebuilding our foundation can be as simple as making the decision that we are ravenously hungry for God to remake us from the inside out.

Are you ravenously hungry for God to remake you from the inside out?

When I did that and surrendered the foods I loved to eat which were causing my weight gain, I lost over 250 pounds. It took time and commitment, but the results have far exceeded my wildest expectations because that’s just who God is.

When a home is rebuilt and staged for potential buyers, all the beautiful furnishings and decorations really do sell the house. However, the buyers also want to know the house has been totally redone from the ground up.

“Is the foundation solid?” is a question every home buyer should ask and not take for granted. Because if it is, then the house will likely stand the test of time.

If you are struggling with the things you know God wants you to change, what’s holding you back? Are you scared to step into a total trust relationship where something like eating what God tells you to eat is concerned?

If so you must ask God is my foundation and trust level of you solid? Where have I allowed the evil one to take pot shots at my foundation? Have I built on the solid rock, not just in theory only but in the way I live my life?

If not, spend some time asking God to show you where the potential weak spots are in your foundation and ask Him to rebuild you from the ground up!

Let me know how it goes.